Who is Satoshi Nakamoto?

Who is Satoshi Nakamoto

​​Satoshi Nakamoto is the pseudonym used by a people or group of people who invented Bitcoin. Satoshi developed the original protocol and the blockchain technology that underlies bitcoin, Satoshi’s real identity is unknown.

Satoshi Nakamoto is actually a pseudonym for either one person or a group of people, the identity is currently unknown. This entity was the creator of Bitcoin and the bitcoin whitepaper. On his P2P foundation account, he professed to be a 37-year-old Japanese native, but due to his perfect use of English and the Bitcoin software not being labelled or translated at the time into Japanese, this is called into question.
Occasional use of British English in the code and comments lead to speculation that Satoshi may be of common wealth origin. People have deduced that due to the fact Satoshi’s posting times were silent between 5 – 11AM British time, if Satoshi had a normal sleeping pattern then he would reside in the GMT -5 to GMT -6 region.

People suspected of being Satoshi Nakamoto

There have been many high profile cases of people claiming to be Satoshi Nakamoto in recent years or people the media suspected of being Satoshi Nakamoto. All of these have been debunked. One way of proving a person is Satoshi is to sign a message with the keys from the first ever blocks of Bitcoins which Satoshi mined, or the genesis block addresses. None of these could do it (or denied that they could) and some denied even being Satoshi.

Nick Szabo designed ‘bit gold’ which was a precursor to Bitcoin. He was interested in digital currency and also liked to use pseudonyms. He was suspected by many people and media outlets of being Satoshi Nakamoto, a claim he denies. The evidence he was Satoshi was only circumstantial. 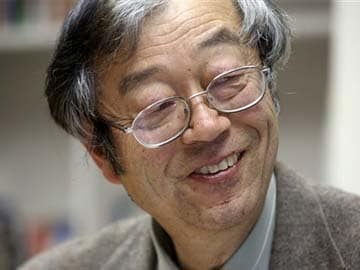 In march 2014 an article in the Newsweek magazine, a journalist named Leah McGrath Goodman attempted to identify a Japanese American man from California as Satoshi, as his birth name was Satoshi Nakamoto. The person in question was also a systems engineer and financial information services.
The publication of this article lead to a lot of media interest, with reporters waiting near the home of Dorian Nakamoto and following him in their cars to try and get an interview. He denied making Bitcoin and even denied knowing what it was.
Satoshi posted from his P2P foundation account stating he was not Dorian Nakamoto.

Hal Finney was a cryptographic engineer in the pre-bitcoin era who was also the first person to use the Bitcoin software after Satoshi Nakamoto, and to file bug reports. He also helped make improvements to the Bitcoin client. He also received the first Bitcoin transaction.
He also lived not too far from the home of Dorian Nakamoto. His writing style came close to that of Satoshi Nakamoto. After people saw that he had emailed Satoshi many times, and the fact that Satoshi had sent him the first Bitcoin transaction, and the fact that Hal denied being Satoshi, he was concluded not to be Satoshi.

Craig Wright was an Australian citizen who attempted to say he was Satoshi Nakamoto. He claimed to be Satoshi Nakamoto and when police raided his house on a separate issue, the media suspected that he was Satoshi further. He posted in his blogs claiming to be Satoshi Nakamoto.
BBC Journalists attempted to say they saw Wright signing a message using the private keys associated with the first Bitcoin transactions. When one of the bitcoin developers looked at Wrights blog posts to check the poof, it did not contain any.
He made a post stating he would publish further proof, but then deleted his post and stated he could not stand being in the spotlight.
Having never really signed a message from the private keys of the earliest Bitcoin transactions, he was deemed not to be Satoshi Nakamoto, but potentially a skilled hoaxer.

These are the 4 main people who were suspected of being Satoshi Nakamoto and was since debunked. There have been many others, but these are the main ones that bought widespread media attention. The founder of Bitcoin still remains Anonymous to this day.

Why did Satoshi Nakamoto hide his identity?

There are many speculated reasons as to why Satoshi Nakamoto hid his identity. The main reason is due to the high profile nature of Bitcoin; he did not want the attention. Satoshi handed the Bitcoin project over not long after Gavin Andersen who is a Bitcoin developer gave a talk on bitcoin to the CIA.
There is speculation that this concerned Satoshi, but there is little more than speculation at this point. A well-known spiritual conspiracy theorist, who does back up a lot of his stories with hard science, stated that he had heard that Bitcoin was created by an international alliance to have a currency that could be used in the event that the cabal attempted to crash the current banking system which they control.
David Wilcock has little knowledge about Bitcoin itself however, and he did not realize that Satoshi Nakamoto embedded a message in the Genesis block, which is block 0. It mentioned the bank bailouts of 2009, implying that the corruption in the banking system is one of the reasons why he created a currency like Bitcoin.
Due to the potential risk to life developing something like this and the risk of being a public celebrity, it is likely he chose to hide his identity for his own protection, especially when Bitcoin was associated in the media as being the currency of criminals, when it actually has many legitimate uses.

Will we ever find out who Satoshi Nakamoto is?

There is speculation, but currently only speculation. Members of the Bitcoin community have refused to believe anyone claiming to be Satoshi Nakamoto, unless they sign a message with the private keys from Satoshi’s known coins or the Genesis block. Due to the disappearance of Satoshi Nakamoto, some have said that after a few years his massive coin stash (1 million plus coins) should be disabled as they are supposedly a ‘security’ risk. This was met with backlash by the community and the Bitcoin developers did not implement this. Even if they did, it would require network consensus to achieve.
There have been some who were happy that Satoshi left the project, many see him as a potential idol, judging by forum posts on bitcointalk. His sudden disappearance leads many people to continuously wonder who he is and people are still trying to find him to this day. If he hid his identity properly, this is a very difficult, if not impossible task unless he comes forward.
Blockchain analysis shows that almost none of his coins have even been spent and have remained untouched for several years.

This article has discussed who Satoshi Nakamoto was, and has gone over a few people suspected of being Satoshi Nakamoto. None of their identities were found to be that of Satoshi Nakamoto. It is likely that Satoshi was either a person or a group of people, and could potentially fear the CIA.
It is a potential that he helped develop Bitcoin as an alternative to the traditional financial system, in the hands of the people, this was evidenced by the genesis block. People still speculate to this day, but still there is no hard concrete proof of who is Satoshi Nakamoto. Satoshi cannot cause harm to the Bitcoin network, the way he designed it meant it was out of his hands once other nodes started coming online.

He may come forward one day, but no one knows when or if he will come forward, and none of his coins have been spent, even though the value of his holdings tops $600 million, so profit was not his motive. He could have cashed these coins out at any time, but chose not to. It is likely he will remain just the Satoshi Nakamoto pseudonym for the time being, but this could change in the future. The creation of Satoshi Nakamoto still runs and is maintained by the current developers.
Buy #Bitcoin #Litecoin & #Ethereum #Cryptocurrency
via #Coinbase @ http://www.investncrypto.com
buy it and hold it, thank me in later #Summer 2018!
Posted by quicksilv3r at 11:35 PM No comments:

quicksilv3r
USN Combat VET. AS in Computer Science, wrote a master thesis on the subject of Bitcoin security and Internet security.